If a SWAT team burst through the door, guns drawn and shouting “put your hands up,” one hand would obediently zip skyward. The other wouldn’t, it would dawdle, straggling only to half-mast. 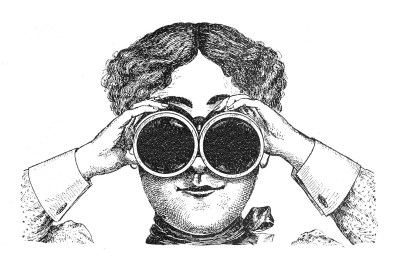 That’s not good — at least one police officer would get the wrong idea. S/he’d think I was being a smart ass or insolent or just not like my attitude and, pow!, shoot me. pow! pow! pow! Believe it or not, that wouldn’t be disastrous: I wear a sports bra. Those things are bullet proof. At least they feel like they are. If they’re not, well, a sports bra would make a fine tourniquet. Or Ace bandage. Or straightjacket.

I came to be acquainted with these horrid underthings after I blew out my rotator cuff playing tennis. Now, one arm won’t go above my shoulder. Neither will it go behind my back to hook (or unhook) a regular bra. I was forced to put it on like a belt, spin it around, and raise it like a flag. I’m sorry, but such machinations were unseemly. Demeaning.

Getting dressed became a sad and constant reminder of better days; days when all my parts worked. Days when I didn’t imitate my beloved Rice Krispies — snap, crackle, and pop. Putting on a sports bra, by comparison, is a more vigorous pursuit. There’s nothing feeble or old lady-ish about it. You’ve got to be strong and limber and resolute. You also need to be a contortionist.

Going on and coming off, sports bras put up a fight, pinning your elbows to your ears and holding them there. One minute it’s a blindfold, the next a garrote, finally a chest-crushing girdle. Wrestling holds are easier to slip out of and I’m not kidding. (Come to think of it, the ear protection doohickey wrestlers wear looks strikingly similar to a bra on your head.)

And why do manufacturers call them a bra? They aren’t lingerie, they’re not silky or beribboned or remotely sexy. Sports bras are foundation garments, plain and simple  — sturdy, durable items with a job to do. They’re the kind of thing you’d expect to find at Sears or, possibly, a hardware store. Not Frederick’s of Hollywood.

So how about calling them a buttress or a truss, something structural? Stanchion would work, too. No, wait, I’ve got it: breastwork. It’s a military term for a fortification and isn’t everyone fighting the war against gravity, boobs and all?