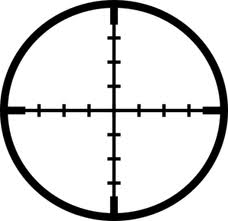 Police by the dozen, maybe even the FBI, are right outside my livingroom window. Right this minute. I’m not kidding, there’s an armed standoff underway. A SWAT team, guns drawn, stands at the ready. And I have a ringside seat.

Sort of. There’s a building standing in the way, dammit, between me and them. I can’t see any of the exciting stuff. I can see a police car, lights spinning and flashing, blocking off the street to traffic; I can see a police officer in a bright yellow slicker; police tape encircling the area, and a crowd of onlookers. That’s it. If I had any brains or ambition I’d seize this golden opportunity and rush outside to film this or tweet news updates or begin interviewing people. Will I?

It’s too cold and rainy. Seriously, that’s what’s stopping me. The crappy weather. Plus I don’t have a clue when it comes to Twitter. And it shows. I have a whopping twenty or twenty-five followers; do you think they breathlessly and eagerly await each tweet? They do not. They rarely stick around long enough to receive a tweet, the average stay is roughly a month, maybe six weeks. You see, I’m a marvelously inept tweeter. My tweets are limited to post notifications, mostly — the ones generated automatically by WordPress.

Isn’t that shameful? I’m too lazy and forgetful to do it myself.

Each time I get a new Twitter follower I consider sending an apology or a warning not to expect much. You’re bound to be disappointed, I want to say, and don’t worry about hurting my feelings when you, inevitably, unfollow me. I won’t blame you. I’ll understand. But I don’t; the laziness thing again.

Great, now it’s dark. While I natterered away I lost any advantage I would’ve had, my bird’s eye view is gone. Vanished. Swallowed up by the wet, black night. The cops are still out there, though, lights spinning and flashing, traffic blocked off. That’s the story of my life, you know? Opportunity knocks and I put the ‘Do Not Disturb’ sign on the knob.

Good thing you can’t get arrested for being a dumbass.